“Star of wonder, star of night, star with royal beauty bright, westward leading, still proceeding, guide us to thy perfect light.” John Henry Hopkins, Jr. (1820-1891) wrote this carol in 1857 for his nieces and nephews to sing in a Christmas pageant (and was later published in 1863). A gifted hymn writer, music teacher, and Episcopalian priest, Hopkins shines a light on the star and turns it into a character in his nativity pageant.[1] In this respect, he takes his cue from Matthew.

In Matthew’s Gospel the star is the driving character in the story; the star’s brilliance weaves its way through the narrative. It’s dynamic. The star seems alive; it has a personality and communicates with the magi. The star knows something that the wise men don’t. It has wisdom; it has a will; it has purpose; it moves. And it summons the magi to move. Where would the magi be without the star? The star summons them, sends them, and guides them to a greater light, the star’s “perfect light,” the source of the star’s brilliance, the source of all light.

Who are these magi? Astrologers, sages, magicians from some exotic place in the Orient. Many traditions are associated with them, but we don’t know much.  We suspect they were from Persia.  Perhaps Zoroastrian priests. They weren’t kings.  We know they were Gentiles. We don’t know how many made the journey to Jerusalem.  The old carol tells of three kings, but Matthew doesn’t say. We don’t know their names. What we do know is they’re “wise” because they trust in the star.

Scholars and contemporary astronomers love to guess about the nature of this star. Whatever it was it was, it was no ordinary star.  It was more like an ancient GPS system than an astronomical event.[2] It moved for a period of time.  It rose in the East and led the magi to Jerusalem.  From Jerusalem, they set out for Bethlehem, about seven miles away, “and there, ahead of them, went the star” (Mt. 2:9).  And then the star “stopped” because they had arrived at the home (not a manger, but the house) of Mary and Joseph and Jesus.

Matthew wants us to know the magi were from the East, from the Orient, following a star moving westward. Orient, from the Latin oriens meaning “the east” or “the place of rising,” as in the rising of the sun, “appearing, or originating.” The verb orior means “I rise, get up, appear, become visible,” “I am born, come to exist, originate.” Behind the Latin is the Proto-Indo-European root meaning “to flow, move, run,” which is related to the English word river. To be oriented is to align yourself with a particular direction or to have a position or stance in new or strange surroundings. When we’re oriented, we know where we are, where we’re going or need to go. It gives us direction.

For the wise men, the star oriented their lives. But for the star, they would never have left home.  They had to leave home to discover what the star knew.  And as they came to know, the brilliance of that star among countless stars mirrors and reflects the brilliance of God’s glory that was born in Bethlehem.  Jesus’ appearance, the fullest manifestation of God’s glory and light in this child, is an epiphany—a manifestation of God’s glory, a light for the entire world to see, not only for backwater Bethlehem but also for all the nations of the world.  Gentiles, meaning the nations, will see in Jesus the glory of God.

The magi trust the wisdom of the star and are willing to go where it leads, leading them through the night, through the darkness.  The brilliance of the star is best revealed at night. They seemingly arrive at night. They place their trust in nature and the movement of the stars, this cosmos, to guide them. They assume that the cosmos, the universe, that God is on their side, working with them and for them.  They have enormous trust, setting off on a difficult, seemingly foolish journey to a foreign land to find a baby. They have trusted in Divine Providence leading the way.  They must have second-guessed themselves countless times and questioned their wisdom, yet they ventured into the unknown.

Something of the same is asked of us.  Trusting the providential care of God, we, too, are summoned forth on the journey of our lives, to follow the star that leads to the place of joy. Where is that place for you?  What is the source of your deep joy?  What star are you following?  Which star is orienting your life? Is it the Bethlehem star leading you to the Christ child?  Will the star you’re following lead you to a similar place of joy, or is the star leading you astray?  These are good questions to ask here at the “gate of the year.”

Years ago, on the Isle of Skye in Scotland, way up in a remote corner of the island, I came across a poem by Minnie Louise Haskins (1875-1957) called God Knows, written in 1908.  It was on a plaque on the wall of an old crofter’s cottage. New to me, but well-known in the UK, as I discovered. One day Princess Elizabeth, now the late Queen Elizabeth (1926-2022), gave a copy of the poem to her father, King George VI (1894-1952).  He was so moved by the poem that he included it in his Christmas Day broadcast to the British Empire in the dark days of 1939. Here’s the poem:

“And I said to the man who stood at the gate of the year:

‘Give me a light that I may tread safely into the unknown.’

And he replied: ‘Go out into the darkness and put your hand into the Hand of God.

That shall be to you better than light and safer than a known way.’”

Many think the poem ends here because this is the most cited section of it, but it continues:

“So I went forth, and finding the Hand of God,

trod gladly into the night.

And He led me towards the hills

and the breaking of day in the lone East.”[3]

On this Sunday in Christmastide, we celebrate the birth of Jesus, the birth of the light that is all the more brilliant when it shines in darkness.  Christ’s star continues to lead us to the place of birth and rebirth, leads us to daybreak, to a new dawn, for his light orients and reorients our lives. 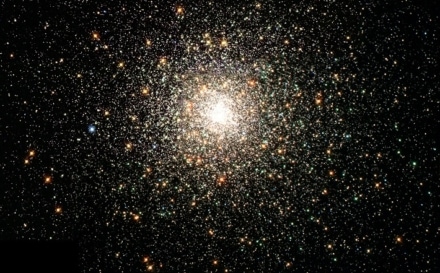 Note: This service was not livestreamed.